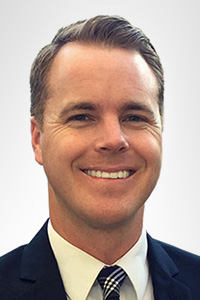 Dr. Tyler Davis was born and raised in Downey, California. He attended Brigham Young University and received his bachelor’s degree in Communications. He did post-grad studies in Biology and attended The University of Nevada Las Vegas for dental school where he received the highest honor for his work in the Endodontic clinic. He then moved his family to Nacogdoches, Texas where he worked as a general dentist. The following year, Dr. Davis attended Saint Louis University for a two-year Endodontic Residency, graduating with a certificate in Endodontics as well as a Masters of Science in Dentistry. His thesis paper on CBCT Technology was published in the Journal of Endodontics in January 2020. Dr. Davis is fluent in Spanish and eager to serve the community of Encinitas. He and his wife are thrilled to be returning to their home state and look forward to raising their four young children by the beach.